Posted on February 1, 2016 by susanonthesoapbox

Every time they think they’ve backed her into a corner on the energy file she comes out with a creative and pragmatic solution which has the industry’s backing.

What’s the opposition supposed to do? 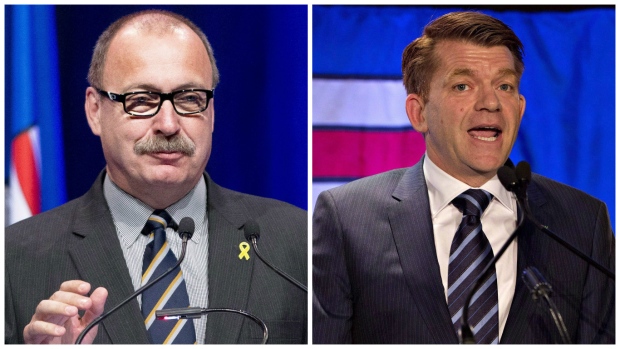 Mr Jean said the royalty review was a waste of time and created uncertainty which threw thousands of Albertans out of work.

Mr McIver said the review was unnecessary, damaging and confirmed the PCs had it right all along.

Both implied nothing changed.

Ms Notley’s “modernized” royalty framework shifts toward greater certainty by applying the revenue-minus-costs royalty model to all hydrocarbons and making the royalty calculation easier because costs are more clearly defined.

It rewards companies that reduce costs through innovation and efficiency and requires oilsands companies to become more transparent and accountable for costs. This in turn will reduce the number of disputes about cost deductibility, inconsistent royalty treatment and the lack of information about prices, the status of projects and the amount of royalty payable. All of which will increase public trust in the system as a whole.

The NDP government’s focus on costs is a startling turn of events for an industry that has long argued it deserves special breaks, including rock bottom royalty rates, because it operates in a “high cost basin”. Did they miss the fact that Alberta is a land-locked province requiring pipeline transportation for their products when they made their initial investments? 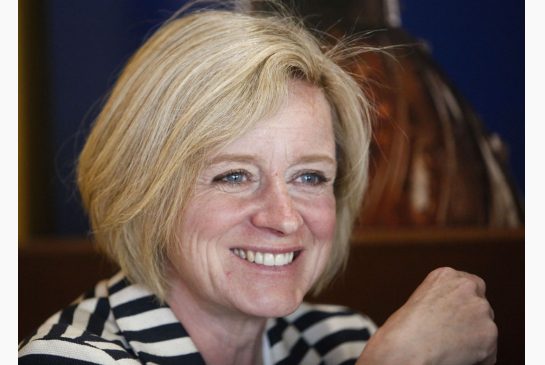 Ms Notley’s new royalty formula (revenue-minus-costs) results in a flat 5% pre-payout royalty and a post-payout royalty that can increase as the commodity price increases. It applies to new wells drilled after Jan 1, 2017. Existing wells will remain under the old royalty structure for another 10 years.

What could be simpler than that? (Okay, it’s more complicated than that, but it’s a heck of a lot simpler than Ric McIver’s party’s royalty framework!)

The Review Panel went beyond the number crunching to include recommendations to encourage the creation of value-added industries.

The Panel called for a natural gas strategy to support the Climate Leadership Plan by providing a “bridge” from the hydrocarbon based economy to one more reliant on renewables. It called for additional support to value-added industries including the partial upgrading of bitumen, which would increase existing pipeline capacity by up to 30% and the expansion of Alberta’s petrochemicals, fertilizers, biomedicals and pharmaceuticals industries.

Interestingly, the Panel was reluctant to tackle environmental issues like orphan wells, tailings ponds and the need to create an Alberta Environmental Information Agency similar to the US EIA. It stated such concerns were being addressed elsewhere.

Here’s where it gets embarrassing for the staunch defenders of the oil patch, Messrs Jean and McIver.

The Canadian Association of Petroleum Producers called the Royalty Report a “balanced review” that was the result of a “fair and credible process, one Albertans can trust.” The Canadian Association of Oilwell Drilling Contractors expressed concern about the focus on cost reduction (read: our paycheques) but remained “cautiously optimistic”.  Precision Drilling was “impressed”, Seven Generations said the Report was “thoughtful and comprehensive” and MEG Energy was “pleased”.*

Deborah Yedlin, the Calgary Herald’s energy columnist (who was apoplectic when the NDP swept into power) praised the Review Panel for its “elegant and thoughtful recommendations”.

Given all this praise from industry and media one wonders, did the Review Panel go too far?

I don’t think so. The Panel presented evidence that Alberta is in the “middle of the pack” when it comes to royalties collected and investment in the industry. It recognized that Alberta is at the mercy of global oil prices and our biggest customer, the USA, is eating our lunch. It presented realistic recommendations designed to enhance innovation and efficiency.

Most importantly, it recognized that Alberta’s economy is based on fossil fuels, but provided a blue print for value-added diversification, including the recognition that natural gas is the “bridge” to renewable energy.

Where do we go from here?

Ms Notley will continue to be a smart, realistic premier who consults with experts and the people before implementing policy based on evidence, not ideology.

Messrs Jean and McIver will continue to huff and puff and revert to ideology when the evidence doesn’t support their position because that’s what conservative leaders do to shore up voter support.

Albertans will continue to assess the NDP and the conservatives as they march toward the next election …and if the Royalty Review is any indication Ms Notley has a good chance of returning to power four years hence.