What do Jason Kenney, John Horgan and Elizabeth May have in Common?

Posted on June 3, 2018 by susanonthesoapbox

This just in from the “strange-bedfellows” department:

When it comes to the Trans Mountain pipeline, Jason Kenney, BC premier John Horgan and Green Party leader Elizabeth May are singing from the same song sheet.

They all agree that the federal government’s decision to buy Trans Mountain changes nothing. 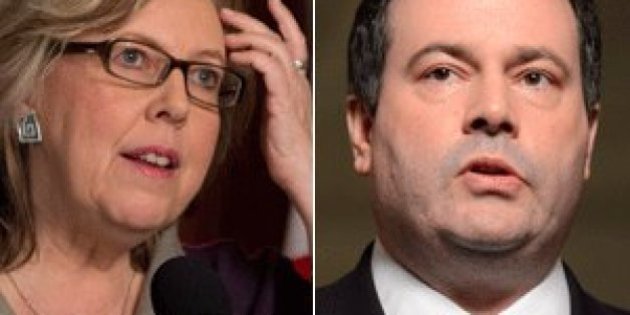 Who knew that the Trans Mountain pipeline expansion project would create such strange bedfellows.

Trans Mountain has carried crude oil and other products from Edmonton to Burnaby since 1953.  It’s been transporting diluted bitumen since 2004.  Kinder Morgan brought an application to expand the pipeline in 2013.  The NEB and federal government approved the expansion in 2016.  The expansion will triple capacity and increase Kinder Morgan’s tanker traffic off the BC coast sevenfold.  (Note: this increased vessel traffic will amount to 4.6% of all Port Metro Vancouver traffic by 2026).

Numerous court challenges have been filed to stop the expansion.  Kinder Morgan won 16 legal challenges to date, leading one to assume that at least as far as the courts are concerned Kinder Morgan, the NEB and the federal government followed all the rules.

However, on Apr 7, Kinder Morgan advised the federal and Alberta governments that it would walk away from the Trans Mountain expansion unless it received greater certainty that the project would not be inordinately delayed by court challenges.  The two levels of government had 50 days to come up with an acceptable solution before the May 31 deadline.

After reviewing a number of scenarios Kinder Morgan decided to sell Trans Mountain (the existing pipeline and the expansion project) to the feds for $4.5 billion.

After months of demanding the Notley and Trudeau governments do something, Kenney was caught off guard when they did something.

Kenney needed to respond to a solution that would see the feds bearing the political risk of buying the pipeline and the Notley government getting the credit for pushing the feds into asserting their jurisdiction, getting construction back on schedule and putting 15,000 Albertans and Canadians back to work.

Kenney had a choice.  He could say, “good job, Rachel” and move on, or he could denigrate Notley’s success by parroting criticisms made by John Horgan and Elizabeth May who wanted to see Notley and Trudeau fail.

He chose to parrot Horgan and May.  Consequently, his criticisms are all over the map.  Kenney says:

One can’t fault Elizabeth May for making her arguments;  her position is based on her conviction that climate change is endangering the planet and any expansion of the oils sands (however insignificant on the global scale) must be stopped.

One has less sympathy for John Horgan who maintains his hold on power by bucking the rule of law and mounting spurious legal challenges.

But one really has to question the judgment of Jason Kenney, an Alberta politician who is so busy trying to score political points that he’s become utterly incoherent and now finds himself aligned with John Horgan’s NDP and the Greens.

43 Responses to What do Jason Kenney, John Horgan and Elizabeth May have in Common?