Jason Kenney: When a Dog Whistler Loses Control of the Dogs

Ever wonder what happens when a dog whistler loses control of the dogs?*

Jason Kenney is beginning to discover that his supporters are way ahead of him on his “conservative values” ideology and it’s going to be hard to rein them in because once the hounds get out, good luck trying to get them back.

At the recent UCP policy convention, 57% of the members voted in favour of a resolution requiring schools to out gay kids. This result is hardly surprising given Kenney’s “traditional family values” message but it caused considerable consternation for moderate conservatives and went beyond the pale for progressives.

Kenney responded to the blowback in a manner befitting a mature politician–he hurled insults at Justin Trudeau.  When he was criticized for the ad hominem attack (which was incredibly insulting even by Kenney’s low standards) he grudgingly apologized.

Then he tried a different tactic, implying the resolution may have been an aberration because “when you open up a process like we did, there’s always going to be a risk that there’s some things that are passed that are contentious.”

Indeed.  The UCP process required 50% to 85% support for a proposal before it was formalized into a resolution deemed fit for debate.  The risk wasn’t that a contentious resolution would be passed but that it would be proposed and thereby define who the UCP really are.

The resolution was proposed, it passed with a majority and defined the UCP at the Lake of Fire party 2.0.

Kenney tried to close the door on the issue by stating he’s the boss, he holds the pen, and the resolution would form part of the UCP policy platform (or not) only if he says so. 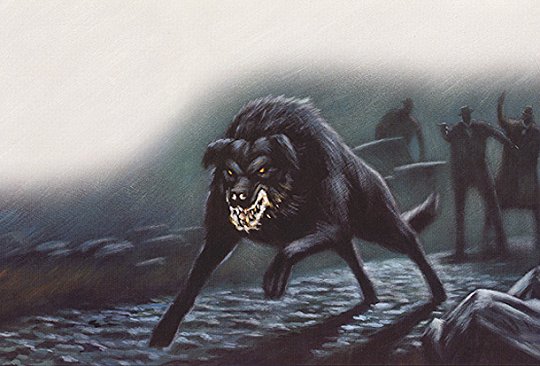 But his supporters wouldn’t let it go.

Donna Trimble, executive director of Parents for Choice in Education appeared on Rebel TV to defend the resolution.  Trimble blamed the mainstream media for getting it wrong, arguing that the resolution says nothing about gay kids or GSAs and simply reaffirms opt-out provisions “that have been long standing in Alberta.” This begs the question:  if the resolution is simply a reaffirmation of long standing practice, why did the UCP propose it in the first place.

Kenney is desperate to look like a politician who “goes high when they go low”, but his supporters know he doesn’t mean it.  This forces him into awkward corners as he struggles to maintain a statesman-like image.

Kenney owes much to an organization called Alberta Can’t Wait.  ACW is a coalition of five organizations dedicated to uniting Alberta conservatives into one party and defeating the NDP in 2019.   ACW supports Kenney and Kenney supports ACW, describing it as “very smart people who have their finger on the pulse of Alberta” and “a voice for united conservatives and free enterprisers”.

Recently ACW raised its “united conservative voice” by tweeting this about the NDP: “In Canadian history there has never been a less qualified cohort of legislators.  It is no disgrace to be a teacher, social worker, laborer or student.  But these are not the occupations from which capable #abpoli leaders generally emerge.”  The tweet referenced a Financial Post article that appeared after the NDP was elected in 2015.

Kenney tried to blunt the elitist tone of the ACW tweet by tweeting:  “I disagree.  Whatever happened to the concept of “citizen legislator?”  I for one would rather have a Legislature full of farmers, teachers, “labourers,” small business people et al than one filled with those deemed “qualified” eg lawyers and political scientists.”

Kenney buttressed his defence of the little people by adding “One of the most effective ministers in the NDP Government (by widespread acclaim) is Brian Mason, who I understand used to be a bus driver.  That’s a job where you’re responsible for other people’s lives, have to be conscientious, disciplined, handle pressure well, etc.”

Kenney sounded ridiculous, but that’s what happens when you try to pretend you’re Peter Lougheed while at the same time trash talking the government.

Dog whistle politics are divisive because they send a subtle message to a specific subgroup.  “Traditional family values” is code for “no gays” and “no abortions”.  This code became transparent to everyone when the UCP passed resolutions effectively blocking GSAs in schools and abortions.

Now Kenney has a problem.  He may be able to soft soap his way around supporters who lash out at the NDP government by declaring Brian Mason was a conscientious bus driver, but he won’t be able to gloss over social issues that matter to his base but scare the moderates.

Kenney released the hounds; now we’ll see whether he can stop them from tearing the UCP apart.

*Before anyone blows a gasket, Ms Soapbox is speaking metaphorically, the terms “dog whistler”, “dogs” and “hounds” are figures of speech, they’re not meant to be taken literally.

30 Responses to Jason Kenney: When a Dog Whistler Loses Control of the Dogs