Why I Marched in the Women’s March on Washington

Posted on January 22, 2017 by susanonthesoapbox

On Saturday morning Ms Soapbox boarded the Red Arrow bus from Calgary to Edmonton to join her friends supporting the Women’s March on Washington.

My journey was considerably shorter than the one taken by Edmontonian Michelle Brewer who joined the horde of Canadians traveling to ground zero—Washington, DC.

But it’s the message, not the miles, that count. 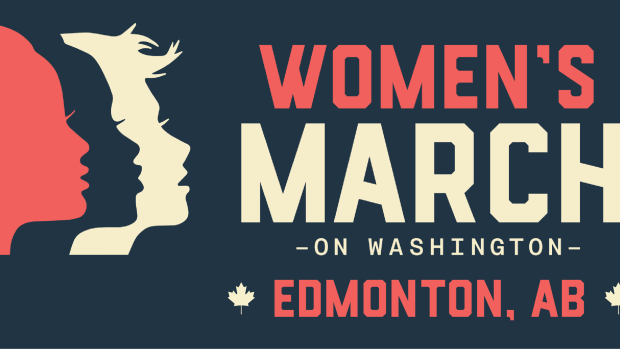 So why did I attend a rally billed as “a non-violent, inclusive and intersectional protest to stand for and support the rights of all women, all religious communities, all political affiliations, cis or transgender and all sexual orientations”?

Because Donald Trump crossed so many lines in his bid for the presidency…and was rewarded with the White House.

Because Canada’s Trump-lite politicians are taking notes as they formulate their own bids for power.

Because conservative think tanks like the Manning Centre are inviting Trump campaign advisors to teach them “how Donald Trump won and what Canadian conservatives can learn from it.”

And because conservatives need to understand that Canadians, unlike Americans, don’t scare easily.

If there was any doubt in anyone’s mind that Canadian women will stand up for their rights, it was put to bed by the speakers at the WMW—Edmonton.

There were many great speakers but the two who captured my heart were Marni Panas, a transgender activist, who responded to a heckler by looking them dead in the eye and saying:  “Listen, I have heard you, I love you, but it’s my turn to talk” and Nasra Adem, Edmonton’s Youth Poet Laureate, who shouted:  “I’m responsible for you, you’re responsible for me.  We got us!”

So thank you WMW Organizers for giving us the opportunity to reaffirm our faith in humanity.

And thank you everyone who couldn’t attend and marched with us in spirit.

We know who you are and we love you!

Note: updated to correct Marni Panas’ response to the heckler.