“Phasing Out” the Oilsands

Posted on January 15, 2017 by susanonthesoapbox

At a recent town hall meeting Mr Trudeau reiterated his position on climate change.  He said:

Mr Jean tweeted: @Justin Trudeau, if you want to “phase out” the oilsands.  You’ll have to go through me and 4 million Albertans first.

Mr McIver tweeted:  Justin Trudeau you just threw Alberta under the bus today.  How dare you shut down an industry providing 1000’s of jobs for families.

Mr Jean’s “you and whose army” response and Mr McIver’s righteous indignation were a little over the top but the most bizarre response came from Jason Kenney. 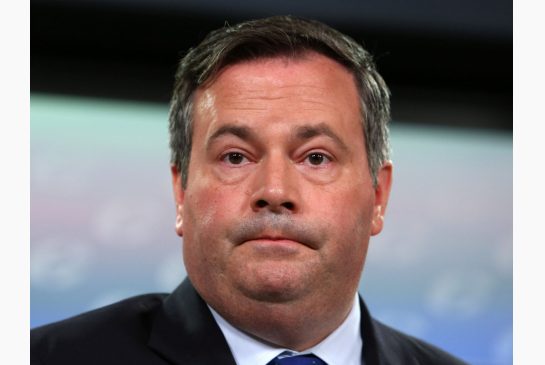 Mr Kenney was asked whether Stephen Harper said “anything that sounded like at some point that Canada will phase out of fossil fuel production”.

He said her video statement was not the right because what she really said was “there’s nothing to be worried about here, everyone please look away” and she failed to demonstrate Alberta’s traditional leadership which was a “tradition of strength”.

My goodness.  What did Ms Notley say that was so deeply disappointing to Mr Kenney?

In her video she said:

“Oil and gas will help power the global economy for generations to come and our job is to make sure that Alberta’s product is the first in line.  That’s why we’re working with industry to position Alberta as a global energy leader, the most progressive and sustainable producer of oil and gas anywhere in the world.  And you know what, it’s working, just recently we secured approval for a new pipeline, something former conservative governments could never get done.  The bottom line:  Alberta’s oil and gas industry and the people who work in it are the best in the world and we’re not going anywhere anytime soon.

She elaborated on these comments in a CBC interview where she said:

“At the end of the day this is what I know to be true…the world market for oil is not going anywhere soon, and so the job of Albertans and Canadians is to make sure that that world market looks to the oilsands, as they should, as the first choice for where they get that product from and the reason is because we’ve been so successful working with industry putting in place significant environmental improvements, working hard with industry to help them reduce their emissions footprint so we truly are the most progressive and sustainable producers of oil and gas in the world.”

Nothing in Ms Notley’s response contradicts Mr Kenney’s desire that Canadian oil be part of the mix in the global market.

So what’s not to like about Ms Notley’s response?

I’m betting it’s Ms Notley’s observation that Alberta has recently secured approval for a pipeline which was “something former conservative governments could never get done”.

Albertans and Canadians may want to take that on board when they’re asked to chose between quiet diplomacy that gets results and throwing one’s toys out of the pram which does not.

17 Responses to “Phasing Out” the Oilsands