Posted on December 11, 2016 by susanonthesoapbox

Viola Desmond is the first Canadian woman to be featured on our bank notes.

We know the outline of her story—Ms Desmond was arrested, jailed and convicted for refusing to leave the whites-only section of a movie theatre.  Her story speaks to the pernicious nature of racism in Canada and how it impacts those who suffer from discrimination.

Ms Desmond and her husband Jack owned a barber shop/beauty salon in Halifax.  Ms Desmond was on a business trip when her car broke down in New Glasgow.  When she found out it wouldn’t be ready until the next day she booked a hotel room and went to the movies.

She wanted a seat on the main floor but the cashier refused to sell her one saying “I’m sorry but I’m not permitted to sell downstairs tickets to you people.”

It was then that Ms Desmond realized she was being denied seating because she was black.  Ms Desmond told the cashier she didn’t see any signs saying “whites only” anywhere and when the cashier still refused to sell her a main floor ticket, Ms Desmond left extra money for a downstairs ticket with the cashier and took a seat on the main floor close to the screen.

The manager and the policeman dragged the tiny woman out of the cinema.  She spent the night in jail.

A law isn’t just a law

Nova Scotia did not have formal racial segregation laws, but like many places it had an unwritten code governing where Blacks could sit in movie theatres and other public places.

Given that it’s impossible to charge someone for breaking an unwritten “code” the powers-that-be got creative—they charged Ms Desmond with tax evasion.

Ms Desmond told the police magistrate that she’d offered to buy a 40 cent main floor ticket but the cashier refused to sell her one.  He ignored her explanation and convicted her of tax evasion.  She was fined $20 plus costs.

A loss isn’t always a loss

Ms Desmond was understandably horrified by her ordeal.  Upon her return to Halifax she decided to appeal her conviction.

She received support from the leaders of the Black community and the Nova Scotia Association for the Advancement of Colored People, but not everyone was enthusiastic about her decision.

Some people worried that the appeal would trigger a racist backlash, while others thought their time would be better spent arguing against discrimination in access to housing and employment instead of seating at a cinema.  A small group wondered whether Ms Desmond brought this misfortune on herself by trying to “pass” as white. 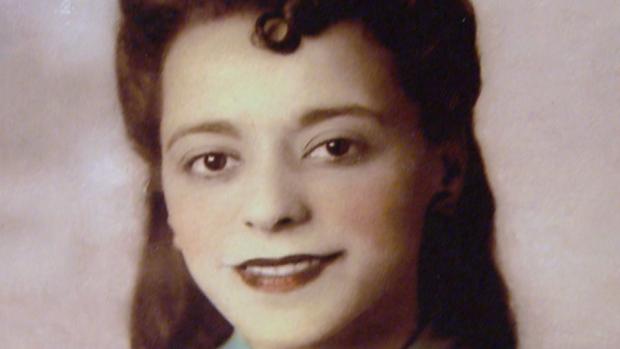 Eventually those who supported the appeal won the day and the case for judicial review was brought before the Nova Scotia Supreme Court.  It was dismissed on a technicality because it was filed outside the 10 day limitation period.

Notwithstanding the loss, the Desmond case served to mobilize public opinion in the fight against discrimination.

Why Viola Desmond? Why now?

Rebel Media dismisses the Bank of Canada’s selection of Ms Desmond as an act of tokenism.  They say Ms Desmond is “barely a footnote in history” and landed on the $10 bill simply because she’s Black and won the “Oppression Olympics”.

Rebel says its real concern is that in order to put Ms Desmond on the $10 bill and another undeserving lout on the $5 bill John A Macdonald and Sir Wilfrid Laurier will move to other bills bumping off Robert Borden and William Lyon Mackenzie King.

Rebel argues that “erasing” Borden (a racist) and King (a spiritualist who held séances to converse with his dead mother) is sacrilegious given their contribution to Canadian history.

King’s biographer, Allan Levine, says the change reflects “our attitudes today, the world wasn’t only run by white men or politicians. There are other people who are also significant to Canadian history, and Viola Desmond is a good choice.”

In 1946 Viola Desmond was a young black woman stranded miles from home.  She showed tremendous courage by refusing to be cowed into giving up her seat in the “whites-only” section of a cinema.  She showed even more courage by appealing her unjust conviction for tax evasion.

In 1982 Pierre Elliot Trudeau enshrined the right to be free from discrimination in the Charter of Rights and Freedoms.

Her time has come and come and anyone who argues a racist and a spiritualist are more deserving isn’t going to take it away from her.

Like Loading...
This entry was posted in Law and tagged Charter of Rights and Freedoms, Rebel Media, Viola Desmond. Bookmark the permalink.