Posted on November 22, 2015 by susanonthesoapbox

What’s the difference between these two sentences?

Sentence “A”: “You terrorist, you don’t belong here.”

Sentence “B”: “You might be a terrorist, you don’t belong here.”

Sentence “A” was uttered by two white males who attacked a 31 year old Muslim woman on her way to pick up her child from school. They ripped off her hijab, beat her and then for good measure robbed her.

Sentence “B” is the reason Saskatchewan premier Brad Wall wants Prime Minister Trudeau to suspend his plan to bring 25,000 refugees to Canada by year end.

Mr Wall says bringing large numbers of refugees into Canada “could severely undermine the refugee screening process” and in the next breath says the Paris attacks “are a grim reminder of the death and destruction even a small number of malevolent individuals can inflict upon a peaceful country and its citizens.” He implied that Mr Trudeau is putting Canadians at risk in order to fulfill a campaign promise. 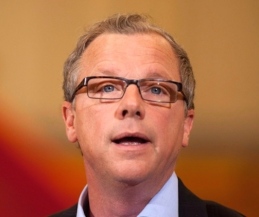 Mr Wall would have a point if Mr Trudeau undermined the refugee screening process, but he didn’t. In fact, Bob Paulson, head of the RCMP, and Michel Coulombe, CSIS director, agree that the government’s plan is feasible.

If Mr Trudeau hasn’t compromised the screening process, why is Mr Wall calling for a halt?

It sounds suspiciously like Sentence “B”: “You might be a terrorist, you don’t belong here”, but it could be a cynical attempt to frighten Canadians and score points with his conservative supporters.

Meanwhile French President Francois Hollande said France would not turn its back on refugees despite the horror of last Friday, which leaves Mr Wall a little exposed.

All the leaders of Alberta’s political parties took a moment in the Legislature to condemn the terrorist attacks.*

Premier Notley reiterated her support for the refugee resettlement plan saying that Alberta had welcomed refugees for decades and that here they can “begin a new life, a safe life, a life of promise and opportunity.” She noted that refugee families contribute to Alberta’s communities, its culture and its prosperity. 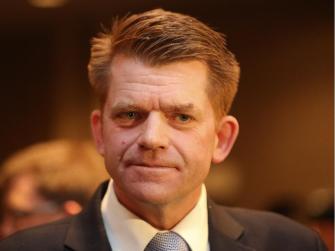 He echoed Mr Harper’s view that “this international movement of evil has declared war…on the western world…on nations that are free, democratic, and tolerant…on each and every single one of us in Canada.” He issued a call to arms—“with each such declaration of war…now is the time to fight back”—and confirmed his support for Mr Wall’s call for a suspension.

PC leader Ric McIver said he believed that terrorists wanted to divide our society and make us afraid. He urged Canadians and Albertans to stand together and reconfirm their belief in equality for all regardless of race, creed, colour, religion or gender.

Liberal leader David Swann rejected the rhetoric of war pointing out that the West had contributed to the violence in the Middle East. He and Greg Clark, the Alberta Party leader, supported the need to help those fleeing violence without compromising Albertan’s security.

But Brian Jean wouldn’t let up. The next day he demanded specifics on the security screening process, where the refuges will go and how the government would provide housing, healthcare, education and social supports to the refugees.

Ms Notley assured him her government was working closely with the federal government on these issues and that she’d share more information as soon as it became available.

Later Mr Jean told the media Ms Notley’s answers were “fluff” and reiterated his belief that “Western civilization is under attack.”

There is no difference between Sentence A and Sentence B. 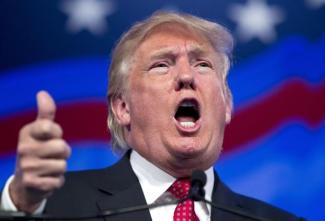 “A” is used to justify a hate crime, “B” is used to justify abandoning desperate refugees; both sentences are rooted in fear. Fear can make societies do crazy things. Donald Trump says it may be time to “register” all Muslims. When asked how this is different from Nazis labelling Jews he said “you tell me”.

But Albertans have another choice.

We can choose Sentence “C”. When Premier Notley rejected Premier Wall’s call for a halt she said, “We cannot have our decisions being driven by fear.”

She’s right. Now is not the time to talk of war, to pump up fear and fly into fits of insanity like our neighbours to the south.

Albertans are better than that…aren’t we?

25 Responses to Refugees? Paris? Wait, what?