The Leaders Debate: No One Won And Why It Doesn’t Matter

Posted on August 9, 2015 by susanonthesoapbox

Tempting though it may be for those of us in the peanut gallery to rattle on about who won and who flopped in the Leaders Debate, the really important question is this: did we learn anything new about the men who would be king, er, prime minister?

Everyone but Harper agrees that Canada is in a recession. The fact is Harper ran up eight consecutive deficits and added $150 billion to the national debt.

Harper says our economy is healthy. Just look at the Stats Canada numbers—Canada created more net new jobs than any other G7 country. And we have a balanced budget.

The formidable Elizabeth May

May rebutted Harper’s argument by saying he’s cherry picking the facts. Net new jobs is not a valid indicator of economic health because Harper failed to correct for population growth. Yes, Canada created more jobs than Germany, but that’s because Canada’s population is growing and Germany’s is not. In fact Canada is doing very poorly compared to the other G7 economies.

May also accused Harper of faking a balanced budget by delaying it until April 21 so he could book the proceeds from the sale of the GM shares. But oil prices continue to slide and at the end of the day the budget will not be balanced.

Everyone is going to fix the economy by fixing the middle class.

Mulcair is offering one million families day care at $15/day and will boost the minimum wage to $15/hour.  The minimum wage deal sounds good but it only applies to people who who work in federally regulated jobs. He won’t raise personal income taxes on the wealthy but will raise corporate taxes for large corporations.

Harper and Trudeau roundly criticized Mulcair (and May) for proposing a tax increase on  large corporations, saying this would be a “job-killer”.

Once again May provided the best rationale in support of raising corporate taxes. When Jim Flaherty cut corporate taxes he expected companies to use the tax savings to create growth. They didn’t. They horded it and are now sitting on $630 billion in cash—an amount equivalent to 32% of GDP. Mark Carney called this “dead money”. So if corporations won’t spend this cash growing the economy they should give it back so the government can use it for growth investments.

Energy and the environment

Harper walked into a buzz saw when he said that under his watch Canada lowered its greenhouse gas emissions and energy projects are moving through the environmental assessment process.

May responded by listing all of Harper’s broken promises. Mulcair described all the environmental laws he’d gutted and Trudeau summed up the credibility issue with a succinct comment: “Mr Harper, no one believes you.” No kidding.

The Greens want upgrading in Canada and oppose all pipelines that carry unprocessed bitumen through dangerous routes to countries with weak environmental laws.

The NDP say each pipeline must be objectively evaluated by a credible environmental assessment panel, ie. not Harper’s rubber stamp panel.  They want more upgrading in Canada because it provides jobs.

Trudeau argues pipelines will proceed if they have the requisite “social license”. Unfortunately the social license argument only confuses the issue further.

Which brings us back to where we started. Harper lacks credibility. His refusal to act on climate change and his decision to gut environmental legislation damaged Canada’s ability to market a critical resource internally and abroad. It will take tremendous effort to right the regulatory ship given the mess Harper made of it.

Trudeau and Mulcair got into a bun fight over Mulcair’s statement that a 50% plus one vote was enough to allow Quebec to separate from Canada. Trudeau accused Mulcair of pandering to the separatist vote. Mulcair goaded Trudeau to name his number. Trudeau snapped back with “nine” (referring to the nine Supreme Court judges who said separation required a “clear majority”). 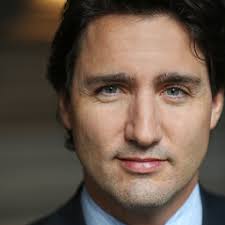 May dryly noted that the discussion was supposed to be about civil discourse and cooperation across party lines.  That comment refocused the debate on the topic of fixing democracy.  Atta girl Liz.

Both Trudeau and Mulcair say they want to replace the “first past the post” system with some form of proportional representation.   Harper refused to consider it without a referendum, noting that all provincial referendums on the issue have failed.

What shall we do with the senate?

Trudeau disavowed the Liberal senators months ago, so he’s done.  Mulcair wants to work with the provinces to abolish the senate (good luck with Quebec who won’t hear of it). Harper refuses to appoint new senators hoping that the Senate will wither away. May says this is unconstitutional and whoever told Harper otherwise should go back to law school.

Meanwhile Harper continues to use the senate to further his agenda.  May and Mulcair say the biggest senate scandal isn’t the Duffy affair, but Harper telling the senators to kill a bill that had been passed by the elected House of Commons. Harper downplayed the incident saying he simply told the Conservative senators to support the party’s position and they were free to vote in accordance with their principles.  What principles?

In other words, the whole thing is an ungodly mess.

Harper and Trudeau agree that it’s the prime minister’s job to keep Canadians safe and protect their rights and freedoms. Everyone disagrees on how this can be achieved.

Harper passed Bill C-51 to modernize Canada’s security systems. He rejects the idea of parliamentary oversight, preferring to rely on a committee of “independent experts” chaired by “prominent former judges”.

Trudeau said he supported Bill C-51 because he wanted to make amendments in committee.  He plans to make more amendments if he’s elected.

May and Mulcair want to repeal Bill C-51. Mulcair says it erodes our rights and freedoms and adds nothing to the existing legislation. May says it makes Canada less safe and quotes Joe Fogerty, an MI-5 agent working intelligence liaison, who says Bill C-51 is a tragedy waiting to happen.

I’m with May and Mulcair on this one.

Right. Two minutes left to wrap it up. The closing remarks ranged from predictable to flakey.

HARPER: No one, repeat, no one has the experience necessary to keep Canada safe and the economy on track. In other words, forget all that nonsense you heard about lackluster economic growth, creative budgeting, deficits and debt; those other guys are going to raise personal and business taxes to feed a government that can’t control its spending. Oh and Canada is the greatest country in the world.

MULCAIR: Canadians have a clear choice: Harper’s failed plan or Mulcair’s plan for positive change. The NDP will kick start the economy, get Canadians working, invest in small business, local infrastructure and the environment. Canada is the greatest country in the world.

MAY: We need more debates to discuss social policy, the Truth and Reconciliation findings, pharmacare and the growing gap between the rich and the poor—the 86 richest families in Canada have the same combined wealth as the poorest 11 million Canadians. The Green party isn’t a one-note party. It’s running strong candidates who will work collaboratively across party lines to get things done. (If they’re anything like May, she’s right).

TRUDEAU: Forget Harper’s attack ads. You can decide whether someone is ready to be PM by asking them why they want the job. Trudeau wants his children to grow up in the best country in the world. He says to be PM you must love Canada more than you crave power. He closed with an inspirational, if somewhat confusing, comment:  “We are who we are, Canada is what it is.” And we’ve always know better is possible.

This was a great debate.

Voters had a chance to line up the candidates and compare their policies and performance. May is very smart and willing to work collaboratively across party lines. Mulcair’s platform is appealing but he didn’t explain it as clearly as he should have. Trudeau is articulate but vague.  He needs to resist the urge to duke it out with the big boys.  And Harper, well, Harper is very much in charge, but I sincerely hope he won’t be in charge for much longer.

Like Loading...
This entry was posted in Politics and Government and tagged Election 2015, Elizabeth May, Harper, Justin Trudeau, Leaders Debate, Thomas Mulcair. Bookmark the permalink.

30 Responses to The Leaders Debate: No One Won And Why It Doesn’t Matter