The One Question to Ask a Conservative Candidate in This Election

Posted on August 2, 2015 by susanonthesoapbox

He did it. Stephen Harper dropped the writ and we’re heading into a 78 day election campaign. Oh joy!

I intend to have a real conversation with my Conservative MP, the ditzy Joan Crockatt.

I expect our conversation to go something like this:

(Dog erupts into manic barking. Mr Soapbox grabs his collar and hauls him away from the front door. I step out and greet Joan who’s wearing a bright smile and is surrounded by minions trying to keep her out of trouble).

Joan: Hi, I’m Joan Crockatt. I’m your MP. Blah, blah, blah. I hope I can count on your support.

Me: If you can answer ONE question for me  Joan, you’ve got my vote. 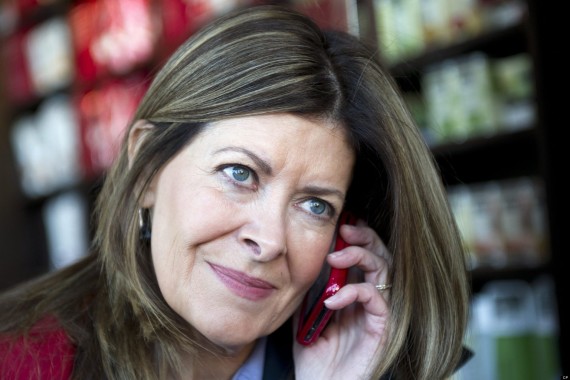 Me: What on earth are you guys doing with the TPP?

Joan’s face darkens as she struggles to remember what the TPP is.

Me: The T-P-P. The Trans Pacific Partnership. You know, the 12 country trade deal with the US, Japan, Australia, Mexico, Malaysia, Singapore, Chile, Peru, New Zealand, Vietnam and Brunei.

Your international trade minister was in secret meetings all week trying to nail it down but the deal fell through.

Joan brightens. She just remembered that the dairy farmers put pressure on Harper not to reduce the quotas and tariffs on foreign milk, cheese and dairy products. She checks out my house in the City and assumes I’m furious with anyone who dares stand between me and my cheap imported yoghurt.

Joan: Don’t worry dear voter. Mr Harper will finalize the TPP on the campaign trail and when he’s re-elected he’ll make sure that you’ll have all the inexpensive milk, cheese and yoghurt your little heart desires.

Me: Actually I’m on the dairy farmers’ side. Kudos to them for being able to throw a spanner in the works.

Why does the Prime Minister want us to give up our sovereignty to satisfy a foreign corporation’s bottom line?

Me: The TPP, like NAFTA and CETA (our pact with the EU) and FIPA, gives foreign corporations the right to sue our government for passing laws that protect our environment, our health and our right to cheap drugs if those laws cut into their profits.

So far Canada has been hit by 36 NAFTA claims for passing laws that benefit Canadians.

These cases are decided by secret arbitration panels made up of domestic and foreign lawyers, not the courts. Their decisions can’t be appealed.

Do you know who these people are Joan?

Me: Well, neither do I, but they have unlimited power to interpret treaties, laws and court decisions and impose penalties that we taxpayers have to pay.

Me: Really? Eli Lily filed a $500 million suit to stop us from getting cheaper generic drugs. Lone Pine wants $250 million because Quebec imposed a fracking moratorium. ExxonMobil’s sub Murphy Oil won $17.3 million because Labrador and Newfoundland required the world’s most successful company to dedicate .33% (point three three percent!) of its revenue to training local workers and Bilcon wants $300 million because a federal/provincial environmental assessment resulted in it not getting a permit to build a quarry and marine terminal on Nova Scotia’s environmentally sensitive coastline.

There are 8 more cases pending. The total fines run will run over $2 billion. That’s $2 billion in taxpayer dollars that will not go to healthcare, childcare, security or infrastructure.

So back to my question: Why is Mr Harper pushing Canada into the TTP?

Hello? Mr Harper sir? It’s Joan “I’ll do whatever you say” Crockatt. I’ve got a voter here who wants to know why you’re prepared to sign the TPP which contains the investor-state dispute settlement clause…

Joan smiles sweetly: Mr Harper says he’s the only leader you can trust to deliver a strong economy and keep us safe from terrorists. He says Justin Trudeau has nice hair but just isn’t ready and Tom Mulcaire has a nice beard but is a pinko…so can I count on your vote?

I look at Mr Soapbox who’s finally managed to calm the beast and say: “Roy, release the hound!”

Conservatives predict disaster if Canada fails to join TPP. Why?

We’ve signed NAFTA with the US and Mexico. We have FIPAs with China and Russia. We’re putting the final touches on an aggressive trade agreement with India and have trade agreements with everyone from Armenia to Venezuela.

So why do we need a different trade agreement (NAFTA 2.0?) with the US, Mexico, Japan, Australia, Malaysia, Singapore, Chile, Peru, New Zealand, Vietnam and Brunei (Brunei?).

The cardinal rule in business is never assume a risk you don’t understand.

The same holds true in a democracy.

It’s time for Mr Harper to make the TPP an election issue. He’s just extended the campaign period to 78 days. That’s 26 more days than Brian Mulroney had when he made NAFTA the center piece of his campaign.

If Mr Harper wants Canadians to trust him as the only leader who can protect the economy, he needs to demonstrate why Canadians should share his blind faith in unfettered free markets.

It’s called putting your money where your mouth is.