A Modest Proposal for Cooperation Among Progressives in Alberta

Posted on March 1, 2015 by susanonthesoapbox

“I shall now therefore humbly propose my own thoughts, which I hope will not be liable to the least objection” — Jonathan Swift,  A Modest Proposal (1729)

Relax. Ms Soapbox’s modest proposal does not involve devouring children in order to ease Alberta’s economic problems. It builds on an excellent cooperation strategy proposed by Elizabeth May, leader of the federal Green Party.

But first, a little context.

Alberta’s “scare ‘em to save ‘em” premier is expected to call a snap election this spring. Progressive voters of all political stripes fear they’ll be crushed by the Conservative juggernaut. They’re madly galloping off in all directions making lots of noise but very little progress.

The Liberals select an interim leader

The brouhaha started in January when Raj Sherman announced he was stepping down as Liberal party leader. The Board of Directors met to consider two candidates for interim leader—Dr David Swann and Ms Laurie Blakeman. Ms Blakeman said she was prepared to serve on the condition that she be given a mandate to engage in cooperation (and potentially merger) talks with the Alberta Party.

And with that, the decision to select an interim leader was conflated with a request to make a fundamental policy decision about the future of the party.

The Board has the mandate to elect an interim leader. It does not have the authority to materially change the direction of the party without first consulting its members.

The Board elected Dr Swann who said he was not opposed to exploring cooperation, but there wasn’t enough time to engage the grassroots in this discussion before the next election.

Well-meaning progressives from inside and outside the Liberal party were frustrated and pressured the Board to reconsider–unaware that the Board, unlike the Wildrose defectors, would not abandon its troops on the battlefield.

So where does that leave us?

At the risk of alienating all of my progressive friends I’d like to make a modest proposal. It doesn’t ask progressives to devour their children a la Johnathan Swift, but it will stick in the craw of some. 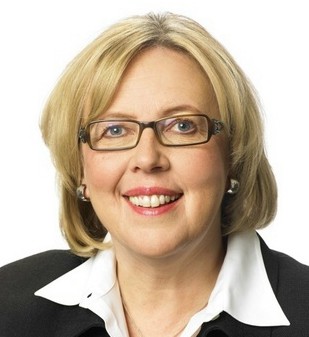 It builds on the cooperation principle outlined by Elizabeth May in the 2013 Labrador by-election. The Greens did not run a candidate in the by-election. They supported the Liberals who’d lost to the Conservatives by only 79 votes in the previous election. Ms May said that if the NDP had come in second the Greens would have supported them instead.*

The Green’s cooperation principle boils down to this: vote for the progressive party that got the most votes in the last election. Political affiliation be damned.

How would the Lizzie May Principle work in Alberta?

The only cooperation proposal on the table today is the one put forth by the Alberta Party.

The Alberta Party said it would not run candidates in the 5 ridings presently held by the Liberals if the Liberals stood down in Edmonton-Gold Bar, Edmonton-McClung, Calgary-Currie, Calgary-Elbow and Highwood.

This proposal runs counter to the Lizzie May Principle which would direct progressive voters in those ridings to support the parties that got the most votes in the 2012 provincial election and the 2014 by-election, namely:

Furthermore, the Alberta Party’s offer to stay out of the five ridings presently held by Liberals looks more like a threat (“cooperate or else”) than an olive branch. Incumbents Swann and Blakeman have held their ridings since 2004 and 1997 respectively. Liberals held Edmonton-Meadowlark since 1986 (except for one term in 2001). Calgary-Buffalo and Calgary-McCall have been Liberal since 2008.

What about the NDP?

Both the Liberals and the NDP are polling around 15%. Had they cooperated in the 2012 election and the 2014 by-election, a progressive candidate would have taken Calgary-Acadia, Littlebow, Edmonton-Whitemud and Edmonton-Millwoods.

While this is interesting it’s utterly irrelevant because the NDP have considered and rejected a cooperation strategy three times. It’s just not happening.

So what to do?

Progressive voters have two choices. Convince their NDP friends to follow the Lizzie May Principle or vote NDP in order to increase the chance a progressive (ie NDP) candidate wins because they sure as heck aren’t going to vote for your guy.

Time for voters to decide

Instead of insisting that progressive parties make our lives easier by removing themselves or other parties from the ballot let’s decide this for ourselves.

Ms Soapbox’s modest proposal may be hard to swallow, but it’s a far cry better than Mr Prentice’s “share the pain” budget which will, to paraphrase Jonathan Swift, ensure that the children, along with the sick, the elderly and the frail are “stewed, roasted, baked or boiled” and are equally tasty “in a fricasie or a ragoust”.**