Strike While the Iron is Hot: The Edmonton Remand Centre Labour Dispute

Posted on May 5, 2013 by susanonthesoapbox

For years I’ve wondered whether unions had outlived their usefulness and were simply using their collective bargaining power to crank up wages and benefits at the expense of…well…who knows what.  But the wildcat strike arising out of the Edmonton Remand Centre labour dispute proved me wrong. 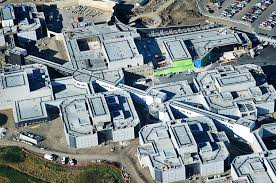 The Edmonton Remand Centre is the largest and most technologically advanced facility in Canada.  Planning and construction of this state-of-the-art facility, which is the size of 10 football fields, started in 2007.  Total cost?  $580 million.  In April the facility was preparing to receive the first of 1,952 inmates when two correctional officers raised safety concerns relating to design flaws and the guards’ lack of readiness to accept 800 inmates who would soon be flooding through the doors.

Their employer, the Department of Justice, reacted by suspending them.  This is a violation of the Occupational Health and Safety Act which not only obligates an employee to report safety concerns, but prohibits an employer from taking disciplinary action against an employee for doing so.*

Deputy Premier Lukaszuk further inflamed the situation by calling the complaints a personality conflict between staff and their supervisor.  This sparked wildcat strikes across the province as guards, sheriffs, social workers and clerks walked off the job in a show of solidarity.  Courthouses shut down, trials were postponed and the matter finally got the media attention it deserved.

Before we leap to the conclusion that correctional officers are big boys who should stop whining and get on with their jobs, let’s gather the facts.

Fact #1:  A “remand” centre is a facility built to hold inmates awaiting trial.  Some are accused of violent crimes; others are considered a flight risk if they’re granted bail.  Incarceration is measured in days and months, not years and decades.

Fact #2:  The Edmonton Remand Centre is physically and organizationally constructed on the “direct supervision” model of inmate management.  Correctional officers are “stationed inside living units to maintain direct and frequent contact with inmates.”**

Fact #3:  The “direct supervision” model of inmate management is a major departure from the models that were in place for the last 33 years.  Under the prior “intermittent surveillance” and “remote surveillance” models, correctional officers had very little direct contact with inmates, relying instead on remote observation and intercom communication. They were physically separated from inmates by security barriers made of stainless steel, concrete and plexiglass.***

All that has changed.  Under the new “direct supervision” model, correctional officers are 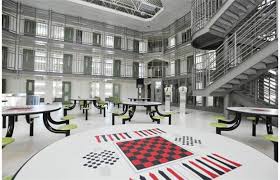 no longer separated from the inmates.  Quite the opposite.  Now a (as in ONE) correctional officer will be in direct contact with 48 to 64 cells.  His responsibilities have also changed.  He’s expected to supervise inmates, not just observe them (ie. prevent vandalism and violence instead of just respond to it).

Supervision includes influencing an inmate’s behavior by granting or withholding privileges like family visits and access to TV.

Fact #4:  This was not the first time correctional officers brought their safety concerns over design flaws to the government’s attention.  They’ve submitted pages of issues throughout the planning and construction phases and have been ignored…until now.

Is this a big deal?  You bet it is.  Stephen Saunders, a writer in the field of inmate management, describes the “direct supervision” model as a new concept that “combines principles of human behavior and facility design to create detention environments that facilitate the officer’s effectiveness”.   He notes that ”…the greatest concern about being incarcerated or seeking employment in a detention facility is personal safety…detention facilities have gained a reputation for danger and fear.”***

It is absolutely essential that a change of this magnitude be well thought out and carefully implemented—particularly when 800 inmates are delivered on the doorstep to be processed within 48 hours.

Instead of suspending correctional officers and trivializing their safety concerns as personality conflicts or collective bargaining histrionics, the government should have investigated these concerns properly.  (It’s mildly ironic that Deputy Premier Lukaszuk would dismiss these safety concerns so quickly when he himself ran to the police in the last election complaining that a constituent punched him while he was door-knocking—the constituent was a 67 year old man dying of liver failure and on the waiting list for knee and shoulder surgery).

Instead of characterizing this event as an “us-against-them” battle (Alberta taxpayers against the union) and demanding the union pay the government $1.3 million to cover the (alleged) cost to backfill the striking employees and instead of demanding a 6 month suspension in union dues, the government should be satisfied with the $350,000 fine already imposed on the union by the courts.

Instead of trying to save face by agreeing to investigate “new and specific” safety concerns (the same ploy the government used in the Queue Jumping Inquiry) the government should follow up on the pages of concerns tabled in connection with the Edmonton Remand Centre over the last 5 years.

Strike while the iron is hot

While we’re on the topic, there is absolutely nothing wrong with striking (literally) when the iron is hot if the union has exhausted all of its legal remedies and it’s the only way to ensure that its membership will be safe.  Which brings us full circle.  The union movement was born in the Industrial Age in order to protect workers from exploitation and unsafe work conditions.  It continues to serve the same purpose today.  Doesn’t say much for how far we’ve come, does it?

***The discussion of the three models of inmate management comes from the paper “Direct Supervision Jails: A Management Model for the 21st Century” by Stephen I Saunders III.

11 Responses to Strike While the Iron is Hot: The Edmonton Remand Centre Labour Dispute