The Day the Market Broke

Posted on December 2, 2018 by susanonthesoapbox

It finally happened.  Someone broke the free market and the NDP government has to fix it. 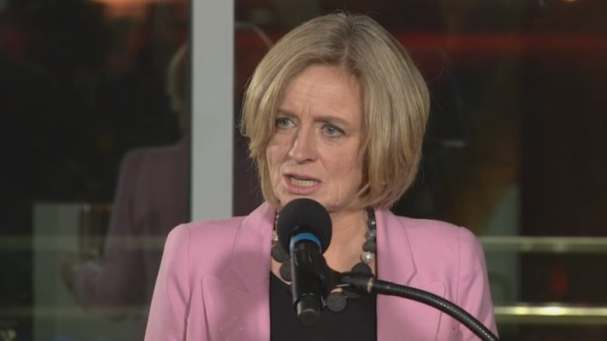 Tonight, Notley announced a mandatory 8.7 per cent cut in production which will be adjusted as excess storage is drawn down.  This measure is expected to increase oil prices and add $1.1 billion in government revenue.

Conservatives who rail against governments meddling in the free market and picking “winners” and “losers” are delighted with Notley’s plan, notwithstanding the fact that by their definition she’s turned Cenovus into a “winner” and Imperial, Husky and Suncor into “losers”.  Progressives who are accustomed to being beaten up if the government so much as looks at the market sideways don’t know how to react.

Why did Notley do it?

She set out her reasons as follows:

Given the lack of consensus in the industry, Notley reframed the issue. She said the government must do what’s best for the 4.3 million Albertans who own the resource.  It has an obligation to get the “most value possible” and this means the imposition of mandatory production cuts.

To put all this into context, the Notley and Trudeau governments have offered what some would call “corporate welfare” to the tune of:

This is on top of federal changes to capital cost write-down rules which will give oil companies immediate relief and provincial incentives–$2.1 billion to the petrochemical upgrading sector and an additional $1 billion investment in the petrochemical feedstock infrastructure program—to fund diversification.

Never mind.  Ms Soapbox understands why Notley did it.  The role of government is to act in the best interests of its citizens, Notley went with a utilitarian solution choosing the alternative expected to produce the greatest good for the greatest number.  At this point we need to trust her judgment and support her decision.

But let’s not stop there.

Bailing out an industry should come with strings attached.

Given that Alberta taxpayers are investing in infrastructure and propping up the market for industry players who were too short-sighted to invest in upgrading in Alberta, we are entitled to expect something in return, starting with no more whining.

Corporations must put real muscle into reclamation, particularly cleaning up abandoned and orphaned wells, they must enthusiastically support the government’s climate change plan and be willing to pay higher taxes and royalties so Albertans get their fair share when the good times roll.

Furthermore, all those executives who will be able to deliver value to their shareholders thanks to the Alberta government’s intervention, should be happy to pay slightly higher personal income taxes than the rest of us.  (The target compensation for Cenovus CEO, Alex Pourbaix, is $6.5 million, he can afford it).

One final point, the UCP and Alberta Party supported Notley’s decision.  It would be nice if they revisited their belief that the private sector is more efficient than the public sector because if the free market messed up energy markets this badly, heaven help us if we let them privatize education and healthcare.

If we’ve learned anything from this experience it’s this:  sometimes the invisible hand doesn’t have a clue.

45 Responses to The Day the Market Broke