Posted on December 17, 2017 by susanonthesoapbox

Jason Kenney and the media describe Kenney’s win in the Calgary-Lougheed byelection with 71.5% of the votes as a “landslide” and the final tick in the box before Kenney cruises through the 2019 general election and sends Rachel Notley and the NDP packing.

Kenney has been on the Alberta political stage as a federal MP since 1997.  Dr Phillip van der Merwe, the NDP candidate, showed up last Wednesday (okay, not last Wednesday, five Wednesdays ago).

Kenney, with the support of Stephen Harper, Rona Ambrose and other Conservative heavy hitters spent the last 18 months campaigning for the leadership of the Progressive Conservatives, the merger of the Progressive Conservative and Wildrose parties, and finally a seat in the Alberta Legislature after the Calgary-Lougheed MLA Dave Rodney graciously fell on his sword and resigned.   The NDP candidate (with the support of the Premier and a few cabinet ministers) stepped away from his busy medical practice and campaigned for a month. 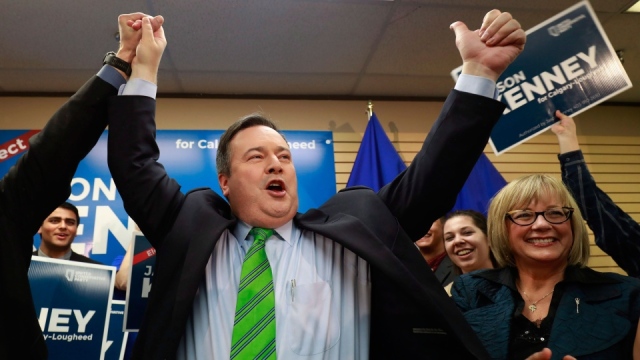 Voter turnout was surprisingly low considering Kenney’s high profile and the significance of this byelection–it was the first time voters could show their support for the PC/WR merger and the UCP’s choice of Kenney as its leader.

In the nine byelections held in Calgary since 1979 voter turnout ranged from 28% to 39.1%.  Byelections in jurisdictions outside of Calgary have seen voter turnout as high as 69.1%.  Notwithstanding Kenney’s razzle dazzle campaign, voter turnout remained stuck at the low end of that range, around 30%.  This is a shade higher than the 29% turnout for the unknown but successful PC candidate, Prab Gill, in the Calgary-Greenway byelection in 2016 and significantly lower than the 38.2% turnout for the unknown but successful WR candidate, Prasad Panda, in the Calgary-Foothills byelection in 2015.

NDP support in the Calgary-Lougheed byelection dropped 66% from 5,437 in 2015 to 1,822 last week.  This reflects the premise that voters in this conservative stronghold didn’t vote for the NDP but against the PCs in 2015.

One would have expected the disgruntled voters who rejected the PCs in 2015 to swing their support back to the shiny new PC/WR party under its shiny new leader Jason Kenney.  They failed to do so.

Kenney may crow about his electoral success in Calgary-Lougheed but his lackluster performance in this diehard conservative riding is nothing to write home about.