Say what you will about the Wildrose, they were always grassroots party…that is until Jason Kenney blew them out of the water.

Jean had all the leverage going into this negotiation.

The Wildrose had 22 sitting MLAs, the PCs just 8.  A recent poll asking respondents who they’d prefer as leader of the UCP put Jean’s support at 37% and Kenney’s at 22%.  Kenney needed the Wildrose more than Jean needed the PCs.

It was no longer about which political party was likely to win the most seats and defeat Notley’s NDP in the next election.  It was about which politician was prepared to put aside his ego to “save” Alberta from the “socialists”.

In the new narrative seat count and popular support didn’t matter, Jean’s leverage vaporized and he had to demonstrate he was just as selfless as Kenney (the politician with no seat, and no party or MLAs until recently).

They say the devil is in the details, of which the Agreement is shamefully short.

The Wildrose wanted “more specifics” but were persuaded to settle for what Kenney dubbed “a more modest approach” that reflects “the key emblematic issues” for both parties.  (Merge the parties and vote for a leader, no need to worry your pretty little heads about policy and constitutional details, those can be worked out later). 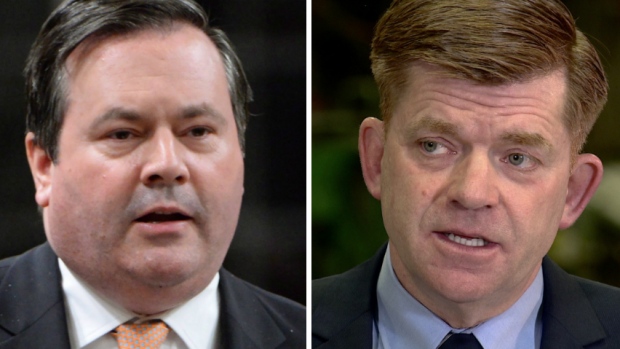 Jason Kenney or Brian Jean: Who will lead the UCP?

Kenney suggests there were trade-offs.  He says the PCs accepted “property rights and language around more democratic accountability” in return for the Wildrose accepting “the formulation of progressive social policies and a diverse coalition”.

He makes this sound like a big deal but it’s not.

In the first place, Kenney’s “progressive social policies” are the same as Jean’s.   Secondly, the Wildrose lost more than it gained by agreeing to Kenney’s “language around more democratic accountability”.

The Wildrose Constitution sets out 12 guiding principles.  The most significant for a grassroots party are the principles supporting democratic accountability.  Article 4.4 of the Constitution expressly sets out the party’s belief in free elections, fixed election dates, free votes in the Legislature, the right of citizens to recall their MLAs, and the right of citizens to initiate binding referendums

The UCP Agreement describes democratic accountability as: “Parliamentary institutions and the democratic process enshrined in our Constitutional Monarchy, together with greater engagement by citizens in democratic decision making, and greater accountability of government to citizens.”

Setting aside the gibberish around parliamentary institutions and Constitutional Monarchies, this is little more than the PC’s Constitutional principle requiring “respectful, responsible and responsive governance”.  It falls far short of the NDP Constitutional requirement that MLAs must hold public meetings with their constituents before the House convenes and after it adjourns to gather their concerns and report back on how they were addressed in the Legislature.

Jean says the Wildrose right of recall is embedded in the Agreement.  Presumably he is referring to a reference to “grassroots democracy, including measures to empower Albertans to hold government accountable during and between elections” which appears as one of the guiding principles.

Kenny disagrees.  And most lawyers would side with Kenney.  The principles of statutory interpretation dictate that unless a right (recall, free vote, whatever) is expressly set out in an agreement it doesn’t exist.  This is a critical point, we’ll come back to it later.

It’s not surprising that the man who wants to lead the UCP is going to clamp down on the grassroots (who are prone to spectacular bozo eruptions).  Kenney prefers the top-down leadership model that carried his boss, Stephen Harper, to power.

The real leadership question is whether Brian Jean will let Jason Kenney get away with it.

Conservatives supporting the merger say the Wildrose and PCs agree on 95% of the issues.  This is true when they’re discussing conservative ideology and their belief that Rachel Notley’s NDP government must go.

This is not true when they’re discussing how the people can hold a government to account.

The conservatives will likely ratify the Agreement in July.  The big question is whether they’ll support a Jason Kenney authoritarian right or a Brian Jean grassroots right.