A Pollster Finally Gets It Right

Posted on April 2, 2017 by susanonthesoapbox

Mr Nanos heads up Nanos Research, a leading Canadian research company and official pollster for CTV News, the Globe and Mail, and Bloomberg News.  Last week he spoke at the Merv Leitch Lectures Series sponsored by the University of Calgary.

His topic—politics in the age of voter rage and the tyranny of small swings in public opinion—was a wake-up call for anyone concerned about the impact of populism on the democratic process.

Mr Nanos described three trends; all are troubling and one is downright dystopian.

NOTE:  the comments in italics are Ms Soapbox’s reflections on Mr Nanos’ speech. .

Brexit and Trump demonstrate the obvious:  social and economic change make people angry.  Angry people will support politicians who say the system failed you, the “unholy alliance” of lobbyists, politicians, and bankers and “others” who don’t look like you are to blame, and only I, an outsider, can fix it. 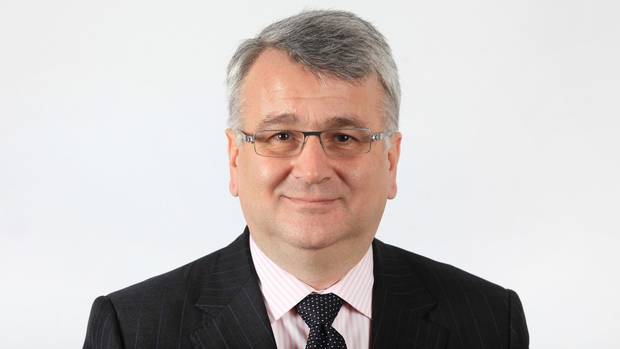 A small margin of voters—Mr Nanos calls them “the angry tail” wagging the democratic dog—can have a disproportionate impact on an election.  A politician who persuades 5% of the voters to switch their vote creates a 10% swing in his favour.  (Trump would have been just a bad dream if 60,000 voters switched to Hillary).

Canadians are not immune to populist politicians, particularly when they feel uncertain about the future.

Conservative politicians across Canada are working hard to mobilize “the angry tail”.

Kellie Leitch has been endorsed by white supremacists and attended (unintentionally) an event sponsored by an anti-Muslim group, Kevin O’Leary plans to eject asylum-seekers by running roughshod over their Constitutional right to due process and Brad Trost doubled down on his discomfort with “the whole gay thing”.

Here in Alberta Jason Kenney doesn’t step up to a microphone without his “Alberta is a disaster” talking points and says it’s okay to out students who join Gay-Straight Alliances if the decision is left in the hands of a teacher who can’t possibly know how the family will react.

Mr Nanos says exit poll data following Brexit and the US election suggest educational attainment may be more useful than income level in predicting voter support for the Establishment—voters with higher levels of education are more likely to vote in favour of the Establishment than those with lower educational levels.

Yes, this is a blanket statement; we all have highly educated friends who supported Trump because he was better than the status quo.  Nevertheless, it is a statistical trend that can’t be ignored.

Mr Nanos says fake news blurred the distinction between fact, opinion, and misinformation.  Main stream media exacerbated the problem by, for example, interviewing “Leave” supporters in front of a bus emblazoned with false slogans promising to fund the NHS with the £350 million a week saved by withdrawing from the EU.

Mr Nanos reminds us that populist leaders are showboats.  Trump was a regular fixture in the wrestling world (he owned WWE Raw).  In Trump’s mind inciting a crowd to chant “lock her up” was like yelling “kill him” at the bad guy in a wrestling match.

Ms Soapbox agrees that populist leaders like to reduce politics to a battle between good and evil but thinks this assessment is too glib.  Trump treated “lock her up” as a chant, but he’s treating “build that wall” as a promise.

Fifty-two percent of all traffic on the internet in 2016 was not human.  One-fifth of Hillary’s supporters and one-third of Trump’s supporters were bots.  Trump’s bots responded to CNN polls after each debate and skewed the results so Trump could say he’d won.

Public opinion is shaped by the news media, which in times of limited resources relies heavily on social media to identify trending issues.  Lord only knows how much damage the fake pizzagate/child sex ring stories inflicted on Hillary Clinton’s campaign.

Mr Nanos says unless we address the fundamental problems of income inequality and the lack of access to education and a living wage, populist politicians will continue to whip up support through xenophobia, racism, and sexism.

Mr Nanos identified some disturbing trends which make it more difficult to make an informed decision about political candidates and what they stand for.

Perhaps the best way to move ahead is to ask yourself: is the candidate asking me to choose between fiscal conservatism and human rights?

If so, choose human rights.

14 Responses to A Pollster Finally Gets It Right