The Fort McMurray Wildfire: Another Wasted Opportunity for the Wildrose

On May 10, Danielle Larivee, minister of Municipal Affairs, welcomed Wildrose MLAs Brian Jean and Tany Yao back to the Legislature.  They’d been in Fort McMurray surveying the damage from the wildfire.

But he couldn’t bring himself to acknowledge (let alone thank) Rachel Notley and her government for successfully evacuating 80,000 residents and having the right resources in place to help them recover from the worst disaster Alberta’s history. 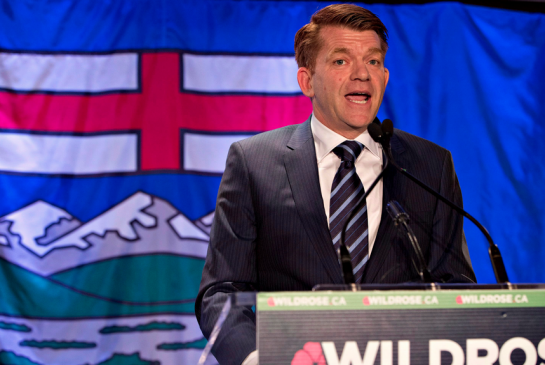 Mr Jean’s peevishness and lack of common sense coloured his performance and that of his party throughout Question Period.*

Here’s a sampling of the Wildrose’s questions and the government’s answers, plus a running commentary from Ms Soapbox.

Q:  What’s the time line to get people back to work?   When can residents expect “to get the call to restart their lives”?

A:  We’re assisting industry in resuming operations as quickly as possible.

Q:  With 85 to 90% of Fort McMurray still standing why do the residents have to wait two weeks before you’ll tell them when you think they can go back?

A:  We need to make Fort McMurray safe.  Damage assessment is on-going, critical infrastructure is being repaired, the area is being secured.

Just because a house is standing doesn’t mean the air is safe to breathe, the water is drinkable, the power is on, the gas line isn’t leaking and the sewer line isn’t clogged.  It doesn’t mean schools are open, grocery shelves are stocked, gas stations have gas, the hospital is clean and fully functional or the urgent-care facility is ready to take care of you when you trip over a fence post and fall into a basement filled with toxic ash.

Q:  What discussions have you had with the energy companies to survey the damaged infrastructure and what will be done to get them operating at full capacity?

A: There was no major damage to the facilities.  Industry stood by us and we’ll stand by them as we rebuild.  Our first priority is to make the city safe.

Obviously you missed the memo.  Industry came through the wildfire virtually unscathed.  But now that you’ve raised it, are you suggesting that it’s the government’s responsibility to pay for repairs to the industry’s facilities?

Q:  What “specific infrastructure criteria” must be met before the residents will be allowed to return home?

A: We need to keep working on restoring power, water, sewer and a transition plan so everything will be safe for the residents return.

Specific infrastructure criteria?  How about making sure the physical infrastructure is up to code and the hospital, schools and grocery stores comply with current health, safety and environmental regulations?

Q:  People want to know if their houses are still standing.  Why don’t you make a list of what’s still there as you’re going from door to door?

A:  We’re working on satellite imagery to do that.

Because 85 to 90% of the houses are okay and the damage assessment team, the fire fighters, the first responders and the re-entry team have better things to do…like restarting the power grid, purifying the water supply and checking the integrity of gas and sewer lines.

Q:  After the June 2013 flood and the Slave Lake wildfire officials arranged bus tours to let residents see their houses.  Is the government going to do the same for the residents of Fort McMurray?

A: No.  The logistics of having 80,000 people return to Fort McMurray are not the same as the flood and Slave Lake examples.  We are working with Google Maps to see if we can set up a video tour.

You want to pick up 80,000 people who’re scattered across the province, pack them into buses for an 8 to 10 hour round-trip journey so they can see whether their houses are among the 85 to 90% still standing?  Seriously?

After the Slave Lake wildfire even the crusty Brian Mason gave the PC government credit for doing “a good job”—and Lord knows there was no love lost between Mr Mason and Stelmach’s PCs—then he asked a serious question:  is the government going to work with the municipalities to provide a higher degree of protection from wildfires than currently exists?**

Mr Jean would be wise to take his cue from Mr Mason.

There are many legitimate questions he could ask, for example:

If Mr Jean hopes to become Alberta’s next premier he should start asking thoughtful questions in Question Period instead of squandering the opportunity by being churlish.

45 Responses to The Fort McMurray Wildfire: Another Wasted Opportunity for the Wildrose