Posted on January 3, 2016 by susanonthesoapbox

Ms Soapbox’s first round of New Year’s resolutions for a politician (Alison Redford) were ignored, but she’s a persistent soul and will try again. This time she’s prepared five resolutions for Premier Rachel Notley.

Ignore Wildrose leader Brian Jean who says your $3 billion carbon tax is a “back-door PST” which will not stop Albertans from polluting or result in more pipelines being built.

Mr Jean is spouting nonsense. The carbon tax is not an all-in sales tax. It applies to carbon, not clothing, hence the name. Economists disagree with Mr Jean; they say carbon taxes do indeed change people’s behavior and finally, the carbon tax will improve Alberta’s “green” reputation which increases the likelihood pipelines will be approved (that’s why Calgary’s major oil companies support it).

Mr Jean vows to kill the carbon tax if he wins the election in 2019. That’s a one heck of a big “if”—see Resolution #4 below.

Rachel, your climate change policy is sound. It will serve you well when you meet with your provincial and federal counterparts to hammer out how the two levels of government will work together to help Canada achieve the climate change goals it agreed to in Paris.

Albertans get it. We need to borrow to fund infrastructure projects which are in a sorry state thanks to the PC government’s mismanagement.

But Albertans are justifiably skittish about borrowing money to fund operations because borrowing for the day-to-day running of the government is unsustainable.

Finance Minister Ceci hinted that certain campaign promises like child care benefits and improvements to seniors’ home care may be delayed. While this is unfortunate, it’s better to go slow and get it right than plunge the province so deeply into debt that even your die-hard supporters will wonder whether it was wise to vote NDP in May 2015.

Local media is unsupportive. It will not provide context for your policies so you must provide the “big picture” yourself.

For example, when S&P downgraded the government’s credit rating from AAA to AA+, the media characterized it as a shocking blow. Only a few national papers put this story in the broader context—namely that the other two ratings agencies, DBRS and Moody’s, did not follow suit. They confirmed Alberta’s AAA rating.

The Wildrose and PCs will use these contextual gaps against you. Head them off at the pass by providing the media with a crisp outline of the “big picture” so that your announcements are reported in the right context.

Brian Jean is positioning himself as Alberta’s next premier, but the real threat comes from the Progressive Conservatives, not the Wildrose. 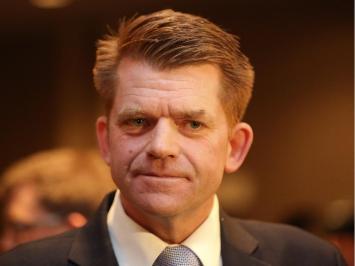 Mr Jean is so divisive that he’s turned into a Donald Trump Mini-Me. He is trying to scare up rural support by vilifying the NDP as the socialist horde. He hopes to attract urban voters by creating a Wildrose/PC “consolidated conservative coalition”.

Rural scare mongering will consolidate the base but not expand it. Urban voters will not back a Wildrose/PC coalition (assuming it gets off the ground) because they’re too progressive to regress on social policy. If push comes to shove they’ll go back to the Progressive Conservatives…provided they ditch Ric McIver, joining anti-gay pastor Artur Pawlowski in the March for Jesus parade was not exactly Mr McIver’s finest hour.

If the PCs want to survive they will force Mr McIver to resign in favour of a leader like MLA Sandra Jansen who is socially progressive and appears to have integrity. Not only did she break ranks with the PCs to vote with the Liberals and NDs in favour of a motion to support gay-straight alliances in schools, she apologised for sponsoring Jim Prentice’s ill-conceived GSA rebuttal bill when the Liberals brought the matter back to the Legislature a few months later.

If the PC party elects a leader like Ms Jansen, it will be a force to be reckoned with in 2019.

Your 2016 agenda is equally ambitious. One of the first things out of the chute will be the results of your royalty review. And while royalty restructuring is welcome, the energy sector will continue to languish due to factors beyond your control.

Now is the time to focus on problems you can control—healthcare wait times, public education that is variable in quality and cost, seniors’ care, etc. These public services are hamstrung by calcified PC thinking and need a fresh perspective. If you address the problems that have plagued Albertans for over a decade and the economy improves you’ll have an excellent shot at a second term in office.

May the Force be with you!