Posted on December 28, 2014 by susanonthesoapbox

Ms Soapbox spent Boxing Day reading, playing Battleship and wondering what to do about the Christmas tree. The Soapbox family has a fake tree. Every couple of years Ms Soapbox yearns for a real one.

Ms Soapbox has had an uneasy relationship with Christmas trees ever since she was a child and a scrawny pine went whump-tinkle-tinkle narrowly missing her cat who was just sitting there minding its own business when the darned thing fell over.

Mr Soapbox loves real trees and brought home many a tree that looked promising on the tree lot (all bound up with string and frozen shut) but turned out to have nothing but “bad” sides when it thawed. 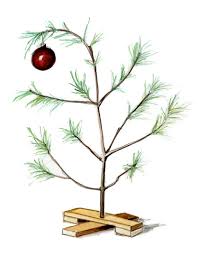 Tired of Charlie Brown Christmas trees and pine needles popping out of the carpet in July, Ms Soapbox told Mr Soapbox it was time to invest in a fake tree.

“Over my dead body,” he said. (Mr Soapbox is a country boy. As a child he’d trek into the forest, fending off squirrels and rabbits, in search of the perfect Christmas tree.)

After considerable whining and snivelling (mine, not his) Mr Soapbox agreed to allow a fake Christmas tree into the house. We bought a department store tree-in-a-box. We poked all its “realistic” limbs into those little holes and decorated it. It looked like a TV antenna having a nervous breakdown. Awful.

The following year Ms Soapbox suggested that perhaps a real Christmas tree would be nice. Mr Soapbox said we already had a Christmas tree and refused to discuss it any further.

So Ms Soapbox went to Golden Acres and selected the biggest fattest tree she could find. A nice young man tied it to the roof of her car.  After he’d gotten over the shock, Mr Soapbox wrestled it off the roof and into the hall.

Then he took a nap.

It was clear to Ms Soapbox that if she hoped to set up this tree anytime soon she’d have to do it herself.

She enlisted the help of the children, “Missy” (age 9) and “Mini” (age 7). They manhandled The Beast into position only to discover that the trunk was cut on a slant and wouldn’t sit properly in the tripod base.

No problem. Ms Soapbox found a hacksaw in the garage. The children were in position holding the tree steady. She started to hack. It was tough going and got even tougher when the hacksaw blade slipped and drove itself into the hardwood floor.

Ms Soapbox held the tree upright, Missy, the eldest, screwed the trunk into its tripod base and Mini provided helpful directions like: you’re crooked…you’re still crooked!

When Mr Soapbox awoke he was surprised to see that we’d put up The Beast all by ourselves. But the strain was too much for Mini, the youngest, who blurted out “Mommy hacked the hardwood floor” (wow, three seconds, a new secret-keeping record).

After he’d regained his composure, Mr Soapbox helped us string the lights and decorate The Beast.

All was well until 3 a.m. when we were awakened by a whump-tinkle-tinkle. We flew into the living room, shouting accusations at the dog (he had an iron clad alibi; he was asleep in Missy’s room).

The next day Mr Soapbox tethered The Beast to the wall. It spent the festive season straining against its moorings like the Titanic about to set sail.

A week later we took it down. There was sap everywhere, on the hardwood floor, on the carpet, on the wall, on the ceiling. Was the thing possessed?

We’ve had a succession of real and fake trees since. Our real American tree came complete with tiny bird’s nest. Our fake American tree was a giant dust magnet and gave Missy hives. Our real Canadian tree smelled wonderful but dried out so fast you couldn’t sneeze in its general direction. Our fake Canadian tree came from China, complete with a combination of fake pine and spruce branches (Frankentree?), a peculiarity we didn’t notice until we got home.

Ms Soapbox thinks it’s time to retire Frankentree. She’s trying to persuade Mr Soapbox to relive his glorious youth by trekking to the tree lot in pursuit of the perfect Christmas tree.

She’ll even go with him to fend off the squirrels and rabbits.

Okay, it’s time for the Ziggy Christmas tradition. In Year One Ziggy hid in the Christmas tree.  In Year Two he flopped into a tragic heap at its base. In Year Three he wore a goofy blue hat. Here he is in Year Four, oblivious to us all as he attacks his Christmas present, a treat from the Drumheller Dinosaur museum (just kidding).

From the Soapbox family to you and your family, we wish you a Merry Christmas, Happy Holidays, and the very best for 2015!!!