Turkey Day at the Soapbox House

Posted on October 12, 2014 by susanonthesoapbox

“There’s no such thing as too much turkey”.— Mr Soapbox

Mr Soapbox is a peculiar man.

He’s a wonderful cook who rises to any occasion but when it come to Thanksgiving (or Christmas for that matter) he believes that it’s unnatural to allow the celebration to pass without roasting a massive flightless bird in his own oven. 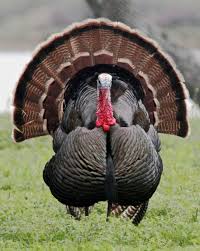 And no, enjoying Thanksgiving dinner at a friend’s house does not count because then the bird (and its wonderful aroma) is in their house, not our house.

Mr Soapbox’s unnatural affection for turkey came to a head when the Soapbox family moved to the US.

Luckily American grocery stores don’t stock turkeys until November—for which the distaff side of the Soapbox family is eternally grateful.

Apparently there’s an art to buying the perfect bird. Mr Soapbox used to “reserve” his bird until the practice almost landed him in the hoosegow.

Serious turkey lovers place their orders with the butcher weeks in advance. They return to the shop a day or two before Thanksgiving to pick them up. Mr Soapbox inadvertently grabbed a bird “reserved” for another turkey fanatic and didn’t realize his mistake until he brought it home.

At that point there was nothing left to do but pull the blinds and eat the bird under cover of darkness. The experience so traumatized Mr Soapbox that he’s taken his chances with “unreserved” birds ever since.

The Soapbox family enjoyed their turkey dinner on Saturday.

Mr Soapbox spent the better part of Sunday preparing turkey leftovers—soups, curries, sandwiches and something called a “divan” (?). Tonight we’re going over to a friend’s house for another turkey dinner (Mrs A is a wonderful cook, I’m sure it will be delicious).

Then in December we’ll do it all over again in reverse order.

Notwithstanding the surfeit of turkey, Ms Soapbox is ever so thankful.

Her parents, both in their 80’s, are doing well. Her sisters just finished the Run for the Cure. They started running years ago after one sister developed breast cancer (she’s fine now). All brothers-in-law, nieces and nephews are making their way in the world and the Soapbox girls have grown up into bright young women striding boldly off into the future.

And her husband, the quirky and delightful Mr Soapbox is, even as we speak, whipping up turkey stock in a caldron the size of a bathtub with Ziggy the dog glued to his side waiting for scraps that “accidentally” fall into his mouth.

From the Soapbox family to you and your family, may you all have a wonderful Thanksgiving!

Mr Soapbox: There’s no such thing as too much turkey.

Ms Soapbox: Sorry, I draw the line at turkey poutine!

Like Loading...
This entry was posted in Celebrations and tagged Mr Soapbox, Thanksgiving, Turkey. Bookmark the permalink.

16 Responses to Turkey Day at the Soapbox House