It’s Time to Drag Redneck Alberta Out of the Closet

Posted on April 20, 2014 by susanonthesoapbox

If a government wants to trample the rights of its citizens it can do so in two ways.

Or it can do what the Alberta government did when it rolled faith based schools into the publicly funded school system—it can turn a blind eye to school boards that violate the fundamental rights of staff and students on the basis of their sexual orientation.

Until Liberal MLA Kent Hehr presented Motion 503—a recommendation that students be allowed to form gay-straight alliances without being shut down by mediaeval school boards—most Albertans had no idea that the majority of their MLAs condoned the bullying of Alberta’s youngest and most vulnerable citizens.

Some MLAs tried to argue that the motion would abrogate the independence of the school boards. This is rubbish. In 2000 the Supreme Court of Canada ruled that school boards are not independent entities free from provincial control.*

Other MLAs went straight to the heart of the matter arguing that being “pro-gay” was “anti-Christian”.  Here’s how Wildrose MLA McAllister put it:

“It would be highly inappropriate for us assembled in this Legislature to use our power to force schools, particularly faith based schools, to sanction any organization that might teach or promote concepts that contradict their sincerely held religious belief.  Doing so may be well meaning, but in effect it works to protect the rights of one group by disrespecting the closely held beliefs of another group.”**

In other words, some fundamental human rights are more deserving of protection than others.

Wrong! The shield protecting your right to religious freedom cannot be used as a sword to oppress another’s right to express their sexual orientation.

How to violate human rights in Alberta

Forget the yet-to-be-proclaimed Education Act—if it’s anything like the recently proclaimed Health Act it will languish on the shelf for years before it sees the light of day—the relevant legislation is the School Act.***

The School Act must comply with the Charter of Rights and Freedoms and the Alberta Human Rights Act, unless the government says otherwise by inserting a “notwithstanding clause”.

It’s all about politics

The Alberta government and the school boards may fight like cats and dogs, but when it comes to the importance of being re-elected they are of one mind.

In Feb 2009 the Alberta School Boards Association published a report called Educational Choice for Albertans.  It can only be described as bizarre.

The Report starts on firm footing by acknowledging that it’s the government’s responsibility to ensure that (1) children receive a quality education, (2) the rights and freedoms set out in the Charter, the Human Rights, and Citizenship and Multicultural Acts are protected, and (3) the wishes and expectations of Albertans are met.

But it fails to address the inevitable friction that arises when the fundamental rights of one group conflict with the wishes or expectations of another.

Instead of declaring that all fundamental rights must be protected, the Report wobbles off into a discussion about values and beliefs.  (Apparently they vary throughout the population…who knew?)  It states that educational programs and environments must be responsive to such variations.

Then it lays a trail of breadcrumbs illustrating that in the event of a conflict school boards would be wise to default to politics:

“Governments wishing to remain in power—and that is basic to the political process—must be responsive to the desires of their constituents. Therefore the provincial government will continue to respond to demands of parents, pressure groups and influential individuals for increased opportunities to influence the educational system.”  (p 3)

“Members of the provincial government are the elected representatives of the people and, if they wish to be re-elected, they must respond to the wishes of the majority or to what the majority is at least prepared to tolerate”.  (p 4)

Some Albertans, dare I call them “pressure groups and influential individuals”, appear to have greater sway over our MLAs than the rest of us. Consequently 31 Progressive Conservative and Wildrose MLAs voted against Mr Hehr’s motion. Evidently they thought the majority of Albertans would tolerate their behavior.

But Albertans must not “tolerate” a government that turns a blind eye to publicly funded faith based school boards that violate the Charter simply by playing the “religious freedoms” card. 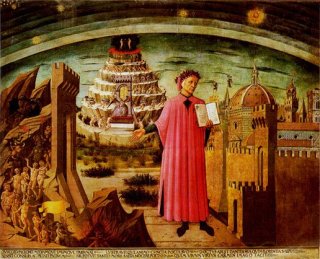 The Alberta government has two choices. It can stop the flow of public funds to school boards that discriminate against Alberta’s students on the basis of sexual orientation or it can amend the School Act and the yet-to-be-proclaimed Education Act by inserting a “notwithstanding clause” that allows Alberta faith based school boards to violate the Charter and human rights legislation.

In either case all Albertans will have an opportunity to voice their opinions to their MLAs and in the process we will discover whether Alberta really is the redneck province some PC/Wildrose MLAs believe it is.