Redford and Mandela: Hypocrisy and Hope

Posted on December 8, 2013 by susanonthesoapbox 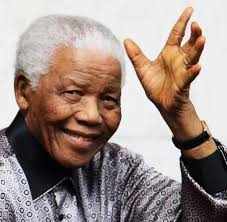 “He taught me that the best advice comes from people who have been working in the trenches, and that leaders have to sacrifice. I remember his wisdom, his optimism and his patience.” *

Instead of taking Nelson Mandela’s lessons to heart, the Redford government used its majority power to ram Bills 45 and 46 through the Legislature.  All of the opposition parties, including the Wildrose (much to the PC’s surprise), supported the unions in opposition to this oppressive legislation.

Let’s focus on Bill 45, the Public Sector Services Continuation Act.  It purports to protect the health and safety of Albertans and save them from hardship in the event of a strike.  We already have two statutes (the Alberta Labour Code and the Public Service Employee Relations Act) that do the same thing.  Why do we need another one?

Mr Horner and Mr Hancock say some tweaks are required to modernize the existing legislation.

A “strike threat” is defined as calling for a strike and ”an act or threat to act that could reasonably be perceived as preparation” for a strike.**

Let’s try something a little simpler.  What does “counselling a person to go on strike or engaging in conduct that constitutes a strike threat” mean?

Mr Hancock, Bill 45’s sponsor and a lawyer to boot, gave it a try in the debates.  Turns out he doesn’t know either. ***

He started by saying a strike threat is not (1) a couple of people talking about what they should do, (2) a water cooler conversation, (3) someone calling into a talk show or (4) somebody waving a sign.   Unfortunately none of these exclusions made it into the statutory definition.

Mr Hancock continued—a strike threat “is an effective and meaningful approach to induce or encourage a strike and to indicate that a strike is going to happen”.  This contradicts the statutory definition which hinges on “reasonable perception” in the eyes of Big Brother and not on the “effectiveness” of the threat itself.

But Mr Hancock was on a roll.  With respect to “counselling” he said it’s a well known term which would be interpreted by the Labour Relations Board or the Courts.   In other words you won’t know if you’ve engaged in counselling until you’re hauled up before the Board or a Court and found guilty.

Then he latched on the Criminal Code definition of “counselling” and blathered on about the perpetrator having to have the power, authority or credibility to cause the event to happen and concluded that you can’t be guilty of counselling an offence if the offence itself did not occur.

This is utter nonsense.  Section 464 of the Criminal Code says anyone who counsels another to commit an offence is guilty even if the offence is not committed and would be subject to the same punishment as the person who failed to commit the offence.   Oh and there’s no requirement for authority or credibility either.

One last question…I’m almost afraid to ask.  Who’s a “person” under Bill 45?  The government website says the Bill applies to “employees” who are forbidden to strike.  It also states its purpose is to hold “unions” and “individuals” (who wouldn’t necessarily have to be union employees) accountable for breaking the law.  Employees or individuals, which is it?

Mr Hancock clearly thinks Bill 45 applies to everyone, not just union employees, otherwise he’d have shut down the oppositions’ questions about people calling into radio talk shows as being irrelevant and outside the scope of the Bill.

Not to worry, Bill 45 allows the Lieutenant Governor in Counsel to make regulations defining terms that are not defined in the Act.

So sometime in the not too distant future we may find out (if we keep our eyes peeled for upcoming orders-in-council) exactly who Bill 45 applies to, what constitutes a “strike treat” and what’s involved in “counselling” a strike or a strike threat.   Quelle relief!

The union will (and must) mount a legal challenge to Bill 45.  It will argue that Bill 45 violates our charter rights:  freedom of assembly (you and me meeting at the pub to discuss whether we should go on strike) and freedom of speech (can we even say “strike” or is that a “strike threat”?)

The government will hire the best lawyers possible to defend this “junk law” and Alberta taxpayers will foot the bill.  The law suit drag on for years.

Meanwhile union after union will be slammed into the boards by a government that, unlike Nelson Mandela, never learned to listen to the people with wisdom, optimism and patience.  Instead it crushes the people at every turn–that’s what’s required to hold on to power at all costs.  Tragic.

Like Loading...
This entry was posted in Politics and Government, Rich and/or Famous and tagged Bill 45, Hancock, Horner, Nelson Mandela, Redford. Bookmark the permalink.

29 Responses to Redford and Mandela: Hypocrisy and Hope