Posted on July 14, 2013 by susanonthesoapbox

God bless Merwan Saher, Alberta’s Auditor General!  He grabbed the government by the scruff of the neck and gave it a shake for dragging us into the abyss of “Enron” accounting.  Sadly, the government refuses to budge and opaque financial reporting will continue.

Merwan Saher has been a government auditor for 33 years.  He was promoted to Auditor General in 2010.  It’s his job to audit every ministry, department, fund and agency in the province.  He’s like E. F. Hutton—when he talks; people listen.

The Auditor General took a dim view of the government’s decision to change how it would present Alberta’s financial results saying that the new format makes it difficult for Albertans to hold the government accountable for its spending*.

This is an E. F. Hutton moment—Albertans need to sit up and take notice.

How bad is it, really?

Enron’s collapse was the result of corporate greed, overly complex financial structures and confusing and misleading financial reporting that allowed Enron executives to hid billions of dollars of debt.  Analysts and shareholders had no idea what was going on until Enron imploded.

Fast forward 13 years to the Auditor General who pored over Mr Horner’s financial statements and said “I can tell you, the very best minds in this office have found it challenging”.**

The “challenge” (audit-speak for “a complete and utter mess”) arises because the government passed a law allowing it to carve up the budget into three pieces, an operating budget, a capital budget and a savings budget.***

With a stroke of the legislative pen, Finance Minister Horner has the power to turn straw into gold—under the new law the $114 million deficit for 2011-12 would have been reported as a $2.5 billion surplus.

Mr Saher says, with typical understatement, “The difference between these two ways of looking at life is substantial”.  No kidding!  Without actually tallying up the pluses and minuses the auditors (let alone we little people) can’t tell whether the province rich or hanging by a thread.

Finance minister Horner justifies this move to greater opacity by saying that’s how corporations do it.  Really???

In for a penny, in for a pound

Securities regulators are constantly passing regulations to enhance transparency.  For example, corporations must use a consistent set of financial reporting methodologies so that shareholders can compare the company’s financial performance year over year.  And if a corporation decides to change its methodology mid-year it must set out a reconciliation table so that shareholders can see how the corporation performed year over year—no hiding in the weeds of accounting bafflegab.

Finance Minister Horner had an opportunity to make his new methodology transparent by including a reconciliation table in his financial statements.  He chose not to do so.

When the Auditor General pointed out that a comparison between last year’s budget and this year’s budgets would be difficult to understand, let alone explain, Mr Horner agreed to provide a reconciliation table—next year.  The one year delay troubled the Auditor General and is of great concern at a time when the government is slashing public services on the basis of tough economic times.

So yes, corporations split out their operating and capital budgets, but they provide a trail of bread crumbs to get their shareholders from A to B.  If Finance Minister Horner wishes to model his financial reporting after corporate financial reporting, he must adopt all of the corporate disclosure protocols, not just the ones that suit his fancy at a particular point in time.  Sorry Minister—in for a penny, in for a pound.

Have we learned nothing from Enron? 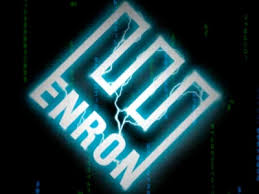 After the collapse of Enron it took the SEC eight months to pass legislation to protect shareholders and employees from the perfidy of Big Corp CEOs and CFOs by requiring increased transparency and accountability.

After Alberta’s “bitumen bubble” blew a hole in Ms Redford’s rosy fiscal forecast, it took the Alberta government two months to pass legislation making it legal for the government to abandon the financial reporting standards of Peter Lougheed and replace them with the financial reporting standards of Alison Redford, resulting in the ludicrous situation where it’s unclear whether Alberta is sitting on a deficit of $114 million or a surplus of $2.5 billion!

It took the Auditor General just two months to cull through reams of paper which were “exponentially more complicated”** than they were last year to figure out that something has gone horribly wrong with Alberta’s financial reporting.

The Auditor General has the last word

The Auditor General Report contains many brilliant statements.  Here’s my favourite: “Government accountability allows Albertans to decide whether the government is doing a good job.  They can compare the costs and benefits of government action:  what it spends, what it tries to do…and what it achieves…”

Such a government has lost the right to govern.

*Report of the Auditor General July 2013