Platts, a global company with a remarkably flaccid name, finds itself smack in the middle of an international price fixing scandal and I really hope the Alberta government is paying attention! 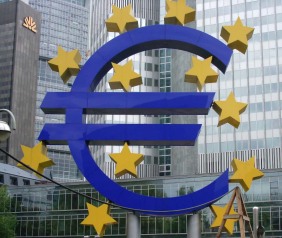 Last week the European Commission storm troopers, sorry, inspectors, raided the offices of BP, Shell and Statoil, three of the most significant oil companies on the planet, to find out whether they colluded to manipulate oil prices by reporting false information to Platts, the most powerful price reporting agency on the planet, in a conspiracy to manipulate trade in North Sea Brent oil.

Platts was in “lock down” as EC inspectors seized laptops and files in what has been described as “the biggest trading probe since the Libor scandal”.*

Platts was founded by Warren C Platt in 1909 to provide market-based price information to the oil industry.  Over the years it grew to include coal, natural gas, electricity, nuclear energy and the renewables sectors.

The benchmark prices for crude oil, refined oil products and natural gas are set at 4 pm

each day.  Platts opens a 30 minute “window” to collect data—bids, offers and trades—from 240 companies, analyzes this data for 90 minutes (these guys are uber-smart!) and spits out the daily benchmark prices for the relevant commodity.  These prices are used in billion dollar transactions in a $2.5 trillion market.**

One such benchmark is the Brent crude oil price.  It’s the holy grail for Alberta oilsands producers and the reason why the Alberta government, to use a phrase that appears in each and every government press release, is fighting “to open new markets for Alberta’s resources”.  (Sidebar:  Ms Redford omitted  the “fighting” phrase in her press release congratulating the BC Liberals on their re-election;  she also omitted any mention of Liberal leader Christy Clark…hmmm.)

The Alberta government is convinced that once Keystone XL and Northern Gateway are approved oilsands crude will flow to new markets and the so-called “bitumen bubble”—the difference between the lower Western Canada Select price and the higher Brent crude price—will disappear.

But what happens if the European Commission investigation concludes that BP, Shell and Statoil colluded to artificially inflate the Brent crude oil benchmark and the benchmark price is no longer credible?  (The EC is alleging that the collusion has been going on since 2002 when oil traded at $20 a barrel; today it’s five times that price.)**

The fate of the Brent crude oil benchmark

Before we go there, remember this:  The Brent benchmark price is already slipping.  Analysts like Gene McGillian (Tradition Energy) don’t expect Brent prices to recover any time soon:  “Overall, the fundamental picture remains weak.  We’re at multi-decade highs in crude stockpiles, multi-decade highs in US production and that’s causing some resistance [to oil price increases].  As the market tries to push higher, that resistance is going to get stronger.”***

That “resistance” may explain why some oil companies are unable to sell their oilsands assets.  In the last two years Marathon, Murphy Oil, ConocoPhillips, Koch Industries, Shell and Athabasca Oil have put oil sands assets on the market but failed to sell them.  Last year $17 billion in oilsands assets languished on the market with no takers.****Imagine the impact on the marketplace if Platts, “the main price reference for the physical oil market”** is deemed to be untrustworthy.

Is the Alberta Government paying attention?

By wrapping itself in the “bitumen bubble” the PC government has tied Alberta’s economic viability to the Brent crude oil benchmark price.  Consequently if the Brent benchmark collapses, the differential becomes irrelevant and Alberta goes deeper into debt.

The European Commission investigation will end in one of two ways: the process to set the Brent benchmark will be strengthened or the Brent benchmark will be replaced by a different international benchmark.  Until that happens the industry will be plagued with uncertainty, further hampering its ability to deliver 30% of the revenue stream that the PC government requires to fund healthcare, education, seniors care and infrastructure costs.

And that, my dears, is the result of the government’s “hope and a prayer” strategy—hope the price of oil goes up and the difference between the Western Canada Select price and the Brent benchmark goes down; and pray that Keystone and Northern Gateway are approved.  There is no Plan B.