Posted on November 18, 2018 by susanonthesoapbox

“History can familiarize, and it can warn.” – Timothy Snyder

On Friday Mr and Ms Soapbox attended Rachel Notley’s Octoberfest in November event.  In her speech, Premier Notley mentioned that Jason Kenney, the leader of the UCP, is still supporting John Carpay, who in a speech at a conference organized by The Rebel drew a link between a rainbow flag and flags emblazoned with a swastika or a hammer and sickle.

John Carpay is a lawyer and the president of the Justice Centre for Constitutional Freedoms.  He takes on cases for pro-life activists, Christian academies, parents opposed to laws forbidding schools from outing kids who join gay-straight alliances and the like.

His remark caused a furor in the media and he issued a statement apologizing for unintentionally drawing a broad comparison between the rainbow flag and the flags representing communist and Nazi ideologies, frankly it’s difficult to see what other interpretation he had intended. 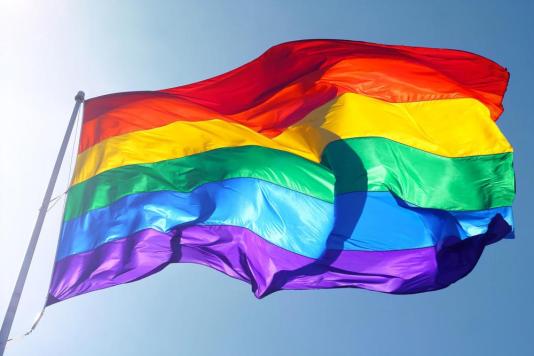 John Carpay is a friend and supporter of Jason Kenney and the UCP.  Kenney called Carpay’s comments vile and offensive, but demurred from revoking Carpay’s UCP membership because such decisions were the responsibility of the UCP Board.  Kenney was not troubled by his lack of authority when he ordered the UCP to revoke the membership of a party member linked to anti-Semitic and white supremacist social media messages.   Perhaps Kenney’s power as leader is inversely related to the status of the UCP member making the offensive comment.

There’s a good reason why the NDP and other Albertans won’t let this go.

In his book On Tyranny Timothy Snyder says while we’re not wiser than the 20th century Europeans who witnessed democracies slide into fascism, Nazism, or communism, we have the advantage of being able to learn from their experience.

Snyder sets out 20 lessons we can learn from the past.  It’s shocking to see three of them in play in the context of the actions of conservative leaders in Alberta and Ontario.

Lesson #1 Defend institutions:  Institutions like the courts, the media, and unions, and a respect for norms and the rule of law are essential for a robust democracy because simply having a written constitution and a strongly worded bill of rights do not guarantee the protection of our rights and freedoms.

Ontario premier Doug Ford threw respect for norms and the rule of law out the window when he announced he’d use “the notwithstanding clause” to protect his decision to reduce the size of Toronto city council.

The notwithstanding clause is the nuclear option under the Charter.  It was meant to be deployed as a last resort when due process and political solutions have been exhausted.  It is not intended to settle a trivial matter like how many city councilors should work at City Hall.

If Ford can get away with using the notwithstanding clause on a meaningless matter like the size of city council then Kenney, who supported Ford’s position, will not hesitate to invoke the notwithstanding clause to “protect the fundamental freedoms” of people like John Carpay by stripping LBGTQ+ people of the rights and freedoms guaranteed to them under Alberta’s Human Rights Act and Canada’s Charter of Rights and Freedoms.

Lesson #2 Do not teach power what it can do:  Snyder says an authoritarian leader won’t pass laws compromising fundamental freedoms unless he knows the people will support him.  The people, hoping to curry favor, show the leader in advance of him passing any laws that they’re prepared to compromise certain values or principles as long as the negative consequences of the compromise fall on someone else.

Snyder calls this anticipatory obedience.  In the Carpay example it would play out like this:  Carpay says a government that protects LBGTQ+ rights is totalitarian, therefore that government must be replaced with one that doesn’t protect such rights.  Kenney says this is a vile comment but refuses to strip Carpay of his UCP membership.  Kenney’s supporters defend his decision to keep Carpay in the party, thereby demonstrating they agree with Carpay’s position, then they go one step further:  a Rebel Media correspondent warned Kenney that if he revokes Carpay’s membership he and 600 UCP members would dump their memberships.

This is an extreme example of anticipatory obedience because the base is telling Kenney if he doesn’t fall into line it will cost him votes and maybe even the election.

This also raises a troubling question:  who is running the party, Kenney or Rebel Media and the 600?

Lesson #3 Watch for dangerous symbols:  Snyder gives two examples:  Stalin’s propaganda portrayed prosperous farmers as pigs:  pigs have no rights, they’re slaughtered at abattoirs.  Trump called women slobs, pigs and dogs and said it was okay to sexually assault them:  they are lesser beings not worthy of protection.

It is extremely inflammatory to say the rainbow flag, like a Nazi flag or a Communist flag, symbolizes a hostility towards individual freedoms and to imply that a government that protects the rights of LBGTQ+ people is on a par with the totalitarian regimes of Nazi Germany and Communist Russia.

Snyder says authoritarian leaders create an emergency or exceptional situation to entice citizens to give up their freedoms for the illusion of security or stability.

There is no threat or danger that would justify the curtailment of LBGTQ+ rights so Carpay had to go big and vague.  He said the biggest danger to Canada isn’t the Alberta government or the federal government or even social justice warriors; it was “self-censorship”.  Self-censorship?

Carpay argued “the slogans” of diversity, equity, tolerance and inclusion have been abused to undermine free society and our fundamental freedoms.  He didn’t say who was doing the abusing or how our fundamental freedoms have been abused, all he did was confirm to his audience that their pain is real and it’s caused by a totalitarian government protecting a bunch of people waving a rainbow flag.

This is garbage, but Kenney’s decision to pander to his base by refusing to chuck Carpay out of the party, and his support of Doug Ford’s abuse of the notwithstanding clause indicates that life under a Kenney government will be very unpleasant for Albertans who value their fundamental freedoms and failed to stand up for them when they had the chance.